Kenny and I always knew we were going to adopt one day.

I had spent years browsing the Louisiana Heart Gallery watching videos from America’s Kids Belong of each child and reading their bios. After many discussions, prayers, and a huge leap of faith, Kenny and I made the decision to become foster parents with the desire to provide a loving home for children in foster care, and with the hope to fulfill our wish to adopt.

We received our very first call for a placement in July 2017. Four placements came and went over the next few months. We fell in love with each child so quickly. We learned our limitations, our strengths, and how much our desire had grown to be a forever home for a child.

We had no intention of accepting a teen placement, or seeking a teen to adopt. We always thought we would want a younger child. On a Thursday afternoon in October 2017, I saw Patric’s profile on the Louisiana Heart Gallery and his I Belong Project video from AKB. Here was this beautiful, animated boy who had the sweetest demeanor and big plans for his future – and he was 13 years old. We must have watched his video ten times that afternoon.

When I called his adoption coordinator on Monday, she happened to be sitting with his adoption worker discussing him at that very moment…

Our home study was sent to them right away, and within a week were on our way to meet him.

We learned quite bit during that first visit. Patric had been in foster care for quite a while. He came into care in a sibling group of five. He was the only one who had not been adopted. It was very evident when we met him that this was not his first rodeo with potential adoptive families.

He introduced himself, sat down, clasped his hands and said, “So, tell me about yourselves.” We were taken aback, but made it through the intros and conversation began to flow. He told us about meeting families he thought, and hoped, were going toward adoptive placement, but did not for various reasons. He’d been lifted up, let down, excited again, then heartbroken, and had finally just decided he may never be adopted. It was evident he had an emotional wall up. We were just another couple coming to see him until we could prove otherwise to him.

With so much let down in the past, we really could not blame him. Thankfully, he was as pleased as we were with the first visit, and agreed to a second visit the very next day. We returned the following weekend to have an overnight visit with him. We followed with weekly phone calls as there was quite a distance between us. He opened up to us more and more with each phone call. A plan was made for him to spend a week with us in December.

We received a call his adoption worker one week prior to his visit. She told us she had a discussion with Patric and they decided we were his forever family. They wanted to begin the adoptive placement right away. So, they packed all of his belongings and moved him to us on December 21, 2017. We started our mandatory foster period and fell into our new life as family. Finally, on September 17, 2018, after he spent nearly 4 1/2 years in foster care, we officially adopted Patric.

He was ours and we were his.

Being a foster parent has changed our lives completely. Every child has brought us joy, taught us lessons, and helped us grow as parents. This helped us to open our hearts to a teen and ultimately led us to Patric. The opportunity to see Patric’s video in addition to reading his bio allowed us to get a glimpse of his amazing personality. This was pivotal in our decision to call about him. I feel like we were almost better prepared to make that connection with him once we did meet. We knew this path was right and the result was incredible. We adopted a teenager and would not change it for the world. Consider opening your homes and hearts to a child who may come from a very difficult place. The blessings and joys are abundant, and the difference that is made in your lives and the lives of these children is beyond measure. 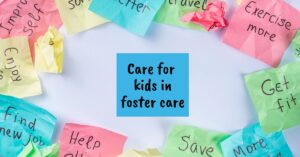 ’23 and You: Resolve To Impact The Life Of A Child In Foster Care

Knowing the Difference Between Legal Guardianship and Adoption 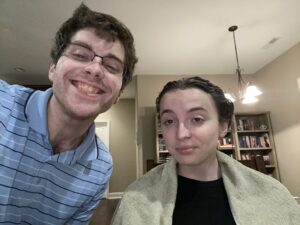 “Could We Really Consider Foster Care?”